NORIKO: Portrait of an Angel 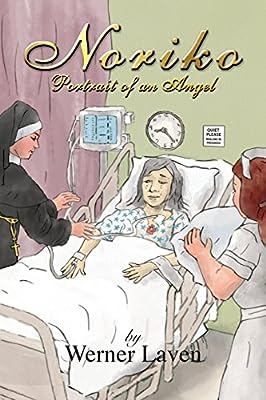 View eBay Options
In Stock.
Product Information (more info)
CERTAIN CONTENT THAT APPEARS ON THIS SITE COMES FROM AMAZON SERVICES LLC. THIS CONTENT IS PROVIDED 'AS IS' AND IS SUBJECT TO CHANGE OR REMOVAL AT ANY TIME.

Author Bookstand is proud to offer NORIKO: Portrait of an Angel by Bookstand Publishing.

NORIKO: Portrait of an Angel has generated a lot of interest and excitement and we think it would be an excellent addition to your library.

The story of NORIKO is indeed a strange and otherworldly one, the tragedy of her horrifying and untimely death enshrouded in a cloud of mystery as deep as on that happy day some forty-four years earlier when her dearest dream had finally come true. That someday, somewhere, she would meet that one-and-only man she could ever truly love with all her heart. That man was lucky-me; and it was love upon first sight. For both of us! But it is, above all else, for practicing her lifelong and unfaltering belief that the best in life is only bought at the cost of great pain, we must admire her the most as our story’s great if unsung heroine; the beauty of her radiant and cheerful character equal only to her bravery, even in the face of certain death.

It was only when her charming older sister, Kyoko, from Japan had come to live with us and an unforeseen infatuation between ‘the other woman’ and myself sprang up that she had also seen the long and ghostly shadows of events, both near and far, of trials and of tragedies far worse (and yet to come!) which their gloomy harbingers were casting way ahead.

Would Kyoko and the man she loved be strong enough to fight the devil and expect to win? Each and every time? Equal to the challenge and the tests that God and nature would impose?

Only she, whose faith in my commitment to fidelity and love for her was absolute, was never plagued by any doubt. Only she who would endure the daunting challenge of her next precarious predicament, when she was diagnosed with an incurable and crippling disease, could readily appreciate the pain and suffering of others, near and dear to her. Pain of the body, pain of the soul, such as only she could understand who would accept her own, courageously and uncomplainingly. Even cheerfully, in typical Noriko style, secure in her belief that the best in our ever growing love was yet to be.

Her indomitable will to live, if only for the sake of those she would not want to leave behind, had put the lie to grim prognostications and statistics more than once, and against sheer wondrous and unheard-of odds. From infections and the ravages of Parkinson’s, to major surgery and amputations, from the brink of seizures to the respirator and artificial life support.

But no such blessed outcome on Black Tuesday December 6, 2011. For by the time I had come to The Hospital to take my feeble and defenseless eighty-seven year old patient safely home, it was too late to save her life. Too late to prevent a vile and monstrous murderess - impervious to her innocent victim’s piteous and terror-stricken cries for mercy before God - bend over her emaciated frame to choke what breath was left in one of heaven’s best loved little Angels, full of grace.

It was not too late, however, for her departing spirit to reveal to me (and to me alone!) in just one single, short and damning word the true and actual identity of her who had committed the cowardly and ghastly crime. Given in her dying breath and with the last iota of her energy she had been able to save up. It was her ultimate gift of selfless love and sacrifice, paid in full and at the highest possible price.

It is hoped that all who only now will come to know the story of NORIKO through this book will hold her timeless message of undying love as dear as all who have been privileged to know her in the flesh, have known firsthand her bravery, her goodness and her heart of gold. Its presence with us still - even after it has stopped to beat, if only temporarily!

There are no customer reviews yet. Be the first to Write a Review!

The Best Products on eBay

Cookies help us deliver our services. By using our services, you agree to our use of cookies. Learn More Accept

Wait! We have something for you...

Don't leave empty-handed! Simply enter your email below and we will send you a great discount on our products:

We hate spam as much as you do! Your details are never shared and you can unsubscribe at any time.